Ole Bull and his Music Featured in Coffee Hour Talk 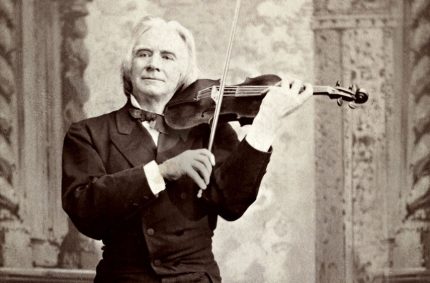 The Thomas T. Taber Museum of the Lycoming County Historical Society hosted Mary Hirst, Manager of the Ole Bull State Park, on Thursday morning, October 13, 2016 as part of its Lecture Series. The lecture concerned the fascinating life of Ole Bull.

Born in Bergen, Norway in 1810, Bull was a musical prodigy. At the tender age of four, he was able to duplicate all of the songs played on the violin by his mother. At aged nine, he was first violin in the orchestra for the theatre in Bergen and was a soloist for the Bergen Philharmonic. 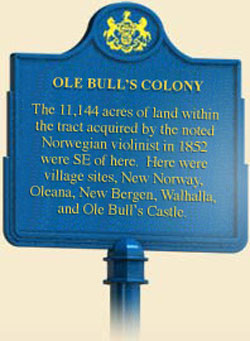 Bull visited the United States several times. In 1852, Bull obtained a large tract of land in rural Potter County and founded a colony he called New Norway. Bull called the highest point in Valhalla (one of four communities he established), Nordjenskald, which became the location of his unfinished castle. He soon gave up on this venture, as there was scarcely any land to till, and went back to giving concerts. Today the site is the location of the Ole Bull State Park, a 132-acre state park in Potter County. Norwegian citizens paid for the construction of a monument on site to honor Ole Bull in 2002.

The Coffee Hour continued the Lecture Series of 2016 which explores the musical heritage of Lycoming County and central Pennsylvania. The Lecture Series has been underwritten with generous contributions from the Woodcock Foundation for the Appreciation of the Arts and Hudock Capital.