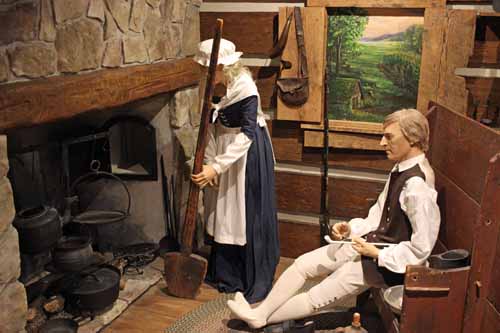 A Walk Through Time

The galleries associated with the Walk Through Time begin with a geological history of Pennsylvania, approximately 550 million years ago. After exploring the American Indian Gallery, visitors move into a re-created frontier cabin -- European settlement in this area began relatively late, as this was still the ‘frontier’ well into the late 1700s. The County’s origins and the naming of Williamsport as its county seat are explored, as well as the growth in population due to the development of the canal system and immigration. 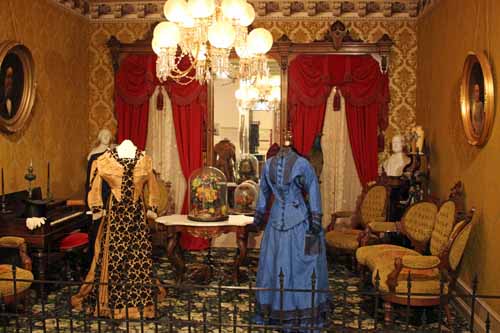 Visitors can peer into various period rooms, showing the way of life in the many communities that developed. These include a dining room from the Greek Revival period, a general store and barbershop, a one-room school, and a bedroom with much that is familiar – and some things that aren’t. Come learn what unusual material the wreath on the wall is made of, and how people coped without indoor plumbing! 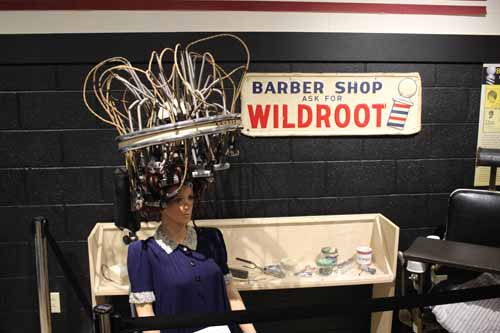 Throughout this walk through time, visitors will also have the opportunity to see old communication devices like a telephone switchboard and large console radio; to learn about how county residents responded in times of war; and to try on 19th and 20th century style clothing in our dress-up areas.