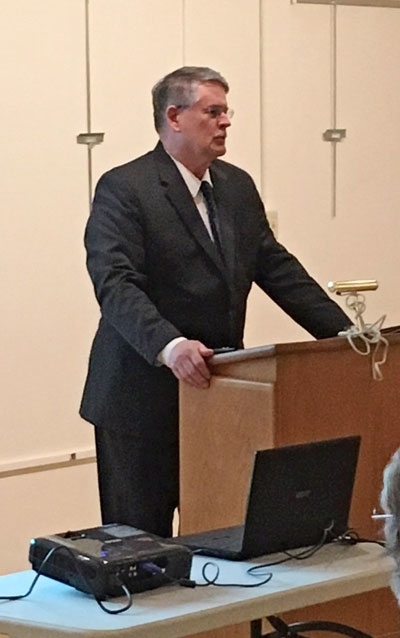 The Thomas T. Taber Museum of the Lycoming County Historical Society hosted Nancy Neuman and Bruce Teeple on Thursday, April 12, 2018 for a lecture addressing the events leading up to the acceptance of the 19th Amendment to the U.S. Constitution, which allowed women to vote. 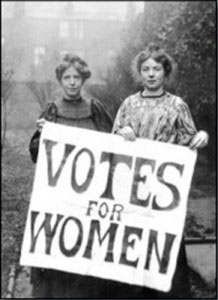 During 2018, fourteen lectures at the Taber will focus in on the era of World War I as the 100th anniversary of the end of the war approaches. Traditionally, the end of the war is remembered on Armistice Day (now more commonly referred to as Veteran’s Day), 11 November. In 1918, the armistice was signed between the Allies of World War I and Germany at Compiègne, France, for the cessation of hostilities on the Western Front of World War I. It took effect at eleven o'clock in the morning—the "eleventh hour of the eleventh day of the eleventh month”. 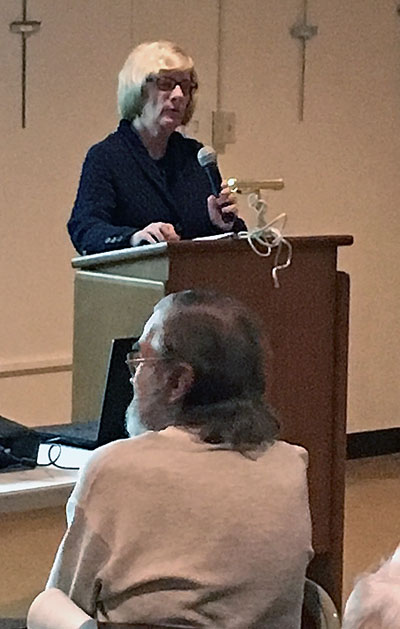 Writer and local historian Bruce Teeple is a graduate of Penn State with degrees in history and political science. He serves as President of the Union County Historical Society, chairs the Small Museums’ scholarship committee of the American Association for State and Local History, and serves on the state advisory board and as a state judge for the National History Day competition. As well, he coordinates the efforts of over 150 volunteers at Penn State’s Native American Powwow.

Nancy Neuman was national president of the League of Women Voters from 1986-1990 and is past presidents of the League of Women Voters for Pennsylvania and the Lewisburg area. She was a Woodrow Wilson Visiting Professor at Washington and Jefferson College (1991, 1994), at Bucknell (1992), and at Pomona College (1990). She earned a B.A. from Pomona, an M.A. degree in political science from the University of California at Berkeley, and holds honorary degrees from Pomona and Westminster College. In 1987, Governor Robert Casey recognized her public service by naming her a Distinguished Daughter of Pennsylvania.