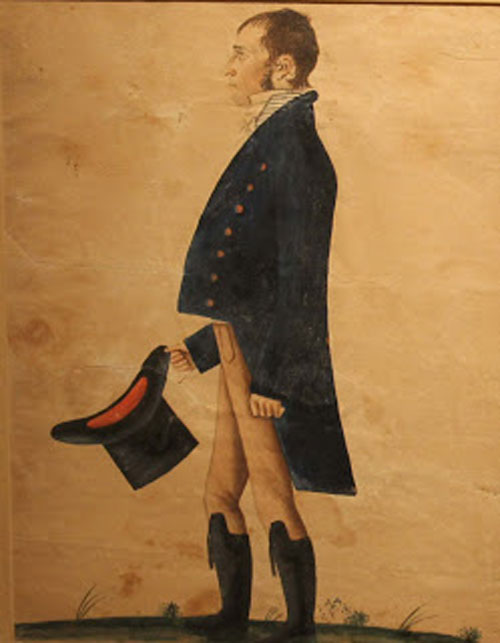 Michael Ross, who is remembered as the founder of the town of Williams Port, was the subject of several events that took place on June 20, 2019. The events were inspired by the 200th anniversary of his death on June 20, 1819, in the town that he founded.

At 6:00 PM in the Fine Arts Gallery of the Taber Museum, Michael Ross, and his impact on Williamsport and Lycoming County, was remembered in comments by several speakers. The ceremony was moved from the Williamsport Cemetery Ross grave due to impending rain.

Master of Ceremonies Bruce Huffman provided some background to the commemoration. He related the history of the Ross grave's move from its original location in the downtown Williamsport Pine Street burial ground to the Williamsport Cemetery on Washington Boulevard. He described the early 21st century effort that financed a prominent grave marker at the Ross grave location.

Gary, Weber, President of the Lycoming County Historical Association, remarked on the importance of remembering the significant accomplishments of our forebearers. Michael Ross set Williamsport on course to become the county seat and a regional hub for business and industry. He suggested that the memory of these accomplishments must be preserved for our descendants. 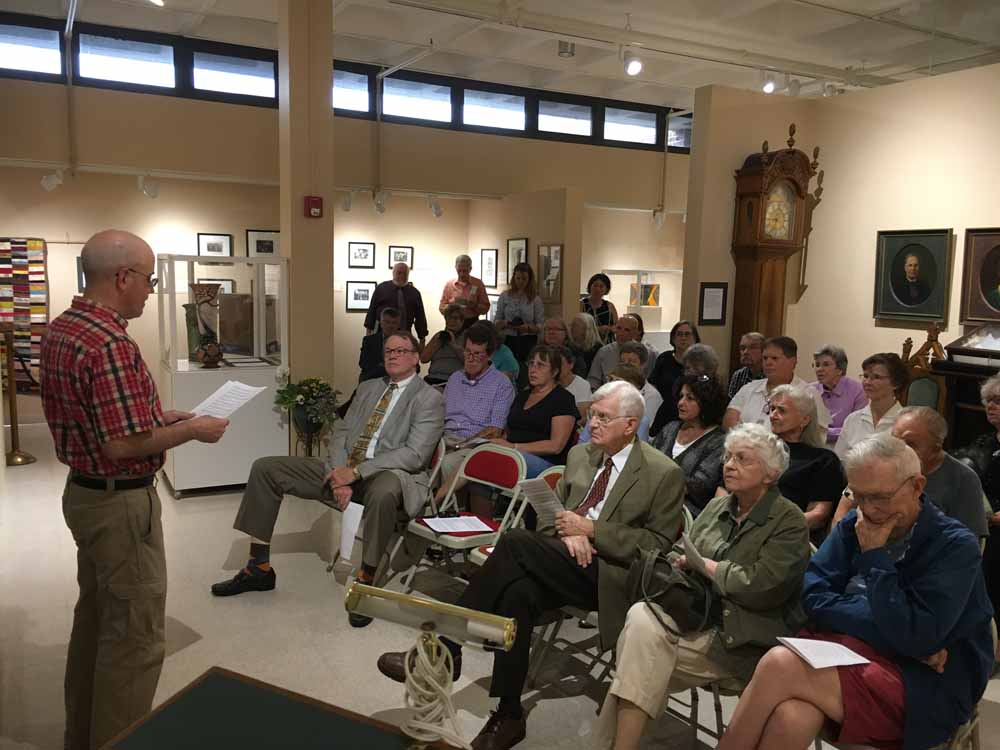 The Taber Museum has always recognized the importance of Michael Ross to the community, according to Executive Director Gary Parks. He pointed to the preservation of significant Ross artifacts, including his original indenture document and a rare portrait of Ross. This is but one of the ways that the Museum is involved in the preservation of local history.

Dr. John Piper provided a sketch of Michael Ross that examined his historical significance from a different perspective. Ross was an entrepreneur. But in his business endeavors, he acted with an eye to his descendants. His plan provided for public buildings. He planned a town that would accommodate his family. In fact, he pointed out, the Ross family still occupies a place in the city. He introduced a young man, directly descended from Michael Ross, who is named “Ross” to remember his ancestor.

Joe Grafius of the Williamsport Cemetery Association talked about the difficulties of maintaining the Cemetery that houses the Ross grave. He commented on the risk of the site deteriorating, such that the graves will again be moved and the site redeveloped.

The city was represented by Randall Allison, vice president of City Council. He reflected on the importance of the Historical Society to the preservation of community’s history, so that we can all better understand our common heritage.

The event concluded with a rousing rendition of the tune “Forget Not The Dead” by a chorus consisting of Cynthia Pfleegor, Donna Seabridge, Ann McMahon, Nancy Winder, Naomi Huffman, and Carol Shetler.

Later in the evening, at the regular meeting of Williamsport City Council, a resolution commemorating the anniversary was presented and approved by a unanimous vote of the members. The resolution is reproduced here. Watch the ceremony below.

Rich Nornhold Talks About the Development of the Pennsylvania Long Rifle